THE DARKEST LIE by PINTIP DUNN

Welcome to the Release Blitz for Pintip Dunn's THE DARKEST LIE!
Check out the book's details and teaser.
Be sure to enter the giveaway below! 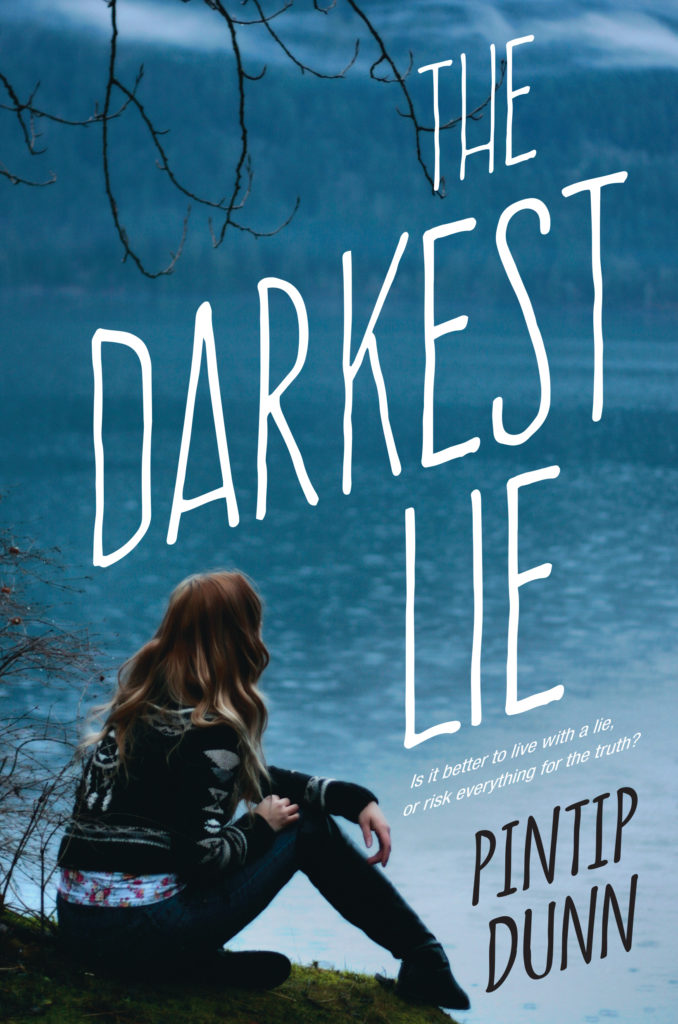 “The mother I knew would never do those things.

But maybe I never knew her after all.”

Clothes, jokes, coded messages…Cecilia Brooks and her mom shared everything. At least, CeCe thought they did. Six months ago, her mom killed herself after accusations of having sex with a student, and CeCe’s been the subject of whispers and taunts ever since. Now, at the start of her high school senior year, between dealing with her grieving, distracted father, and the social nightmare that has become her life, CeCe just wants to fly under the radar. Instead, she’s volunteering at the school’s crisis hotline—the same place her mother worked.

As she counsels troubled strangers, CeCe’s lingering suspicions about her mom’s death surface. With the help of Sam, a new student and newspaper intern, she starts to piece together fragmented clues that point to a twisted secret at the heart of her community. Soon, finding the truth isn’t just a matter of restoring her mother’s reputation, it’s about saving lives—including CeCe’s own…

Excerpt from The Darkest Lie

“I’ve been researching the story of her suicide,” Sam says. “And I came across something in my research that nobody could explain.”

“What is it?” I say dully, even though I can probably guess. I mean, there’s lots that’s inexplicable about my mom’s behavior. Tons.

Like: How could a grown woman be sexually attracted to a boy? Or more importantly: Why would she act on it? And my personal favorite: Did she have any kind of moral fiber—even a few lost threads—at all?

But Sam bypasses all the obvious questions and picks up a lock of my hair. I feel the slight tug all the way to my roots.

“Her hair.” He rubs my strands between his fingers, and I suppress a shiver. “It was chopped off, jagged. One article said it looked like it was lopped off with a butcher knife.”

I shrug, but even that simple movement is infused with the awareness of his touch. Still, he doesn’t let go.

“They said she was crazy,” I say. “Out of her mind. Maybe she was disfiguring herself as a sign of her shame. Who knows what motivated her actions?”

But even as I repeat the explanation the detectives gave for just about everything, my dad’s words echo in my mind: I knew your mother. She wasn’t capable of those things. I don’t believe she did any of it.

All of a sudden, my excuses sound exactly like what they are—easy, surface-level assumptions designed to make it easier for the detectives to close the case.

Sam frowns. “I guess I could buy that if I hadn’t seen the interview with her hair stylist in one of the local papers.”

Oh. One of those. Every newspaper in a fifty-mile radius went berserk when my mom committed suicide. Every day, there was a new article, featuring interviews with her fellow teachers, former students, even our lawn guy, for god’s sake. If there was a story on her hair salon, I must’ve missed it.

“The stylist kept saying your mom’s haircut was inconceivable, and I couldn’t understand why. So when I was scooting past Cut & Dry the other day, I stopped to talk to her.”

“Did she confirm my mom was a natural redhead?” I raise my eyebrows. “Reveal the exact color of dye she used to cover her silver sparkles?”

“Not at all,” he says, and something about his tone stops me. The chill begins at the base of my spine and crawls its way up, one long spider leg at a time. “The stylist said she’s been cutting your mom’s hair for two decades. And in all that time, your mother never let her cut more than half an inch. In fact, she came into the salon two days before she died, and they had the exact same argument. The stylist tried to talk her into a bob, and your mom adamantly refused.”

Abruptly, he lets go of my hair, and the strands swing back over my shoulder, loose, unencumbered, and very, very cold.

Sam’s eyes pierce right into me. “So what I want to know is: What could’ve happened in two days that made her change her mind? Unless . . . she didn't.” 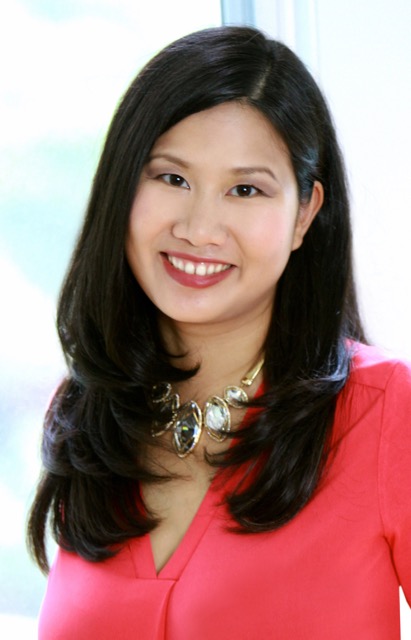 Pintip is represented by literary agent Beth Miller of Writers House. Her debut novel, FORGET TOMORROW, is a finalist in the Best First Book category of RWA’s RITA® contest. She is a member of Romance Writers of America, Washington Romance Writers, YARWA, and The Golden Network.

She lives with her husband and children in Maryland. You can learn more about Pintip and her books at www.pintipdunn.com.

There are 2 prizes! One winner will win a signed copy of THE DARKEST LIE (US only), and another winner will receive a $50 gift card to Amazon or Book Depository (international)!