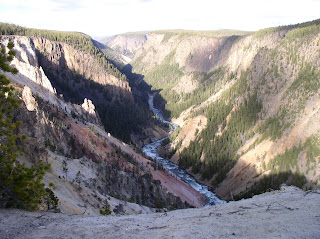 Thank you for this opportunity to present my 61,000-word YA fantasy Desiderata, a tale of true-versus-false love, the vicious expansion of an empire, and an abbey full of meddlesome, shape-shifting nuns.

Two sisters, Anna and Maria Leon, live in the quiet countryside, secretly working their enchanted garden to keep their family out of the poorhouse. All of this changes when the Prince of Desiderata comes to town, searching for a bride with the proper mystical bloodline to produce the perfect heir. When Anna is selected, she discovers that Prince Bane conceals his cruelty with a handsome face and charming words. With the assistance of the nuns from a nearby abbey, Anna fakes her own death to avoid the union.

As a consequence, Anna’s unsuspecting sister Maria is tricked into the doomed royal marriage instead, and bears the prince a son. Desperate to reunite with her family, Anna disobeys the abbey’s protective rules, and Prince Bane discovers she is still alive.  In the aftermath of his fury, Maria is forced to choose between freedom and her beloved son.

Inspired by Max Ehrmann’s Desiderata poem which warns “the world is full of trickery”, this fairy tale saga is filled with strong characters, each one demanding their own POV.  This cross between The Princess Bride and a twisted Cinderella should interest both young and old fantasy readers who enjoy shape-shifting nuns bent on revenge, enchanted gardens, and good old-fashioned sisterly love and rivalry.


Please be a match.
The collected samples of hair from the prince and the maiden in question curled together in a small cauldron upon the tripod.  Wesley carefully added the distilled concoctions, turned up the flame underneath, then stepped back.


The cauldron steamed in the sweltering laboratory.  As the experiment rose to a boil, Wesley’s heart raced.  His unruly hair fell into his eyes.  He swiped the damp strands away before extinguishing the flame.  He watched the solution cool as sweat ran down his neck.


The fluid continued to bubble for a long while, turning from purple to pink to...


With a loud belch, the solution curdled and turned black.  And stayed that way.


Wesley dropped his head in his hands.


I better warn that sweet girl before gets a hold of her.


For several years, I’ve written the monthly Pet Vet column for the Post Bulletin newspaper.  Last fall, I published an article in RunMinnesota magazine.  This spring, I have articles in both the DVM360 journal and The Wagazine.
- Thank you for your time and consideration - Ann M. (Anderson) Noser