COVER REVEAL FOR FIVE: OUT OF THE ASHES BY HOLLI ANDERSON 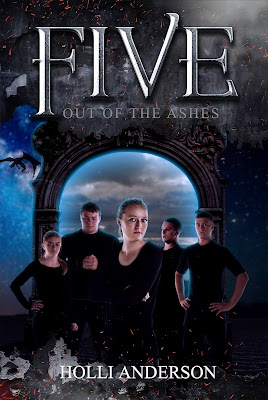 FIVE: Out of the Ashes

Their last battle ended with death and despair, but they have no time to mourn. One of their own has been taken and the Quinae Praesidia set out to find and rescue her. In this third and last installment of the FIVE series, the FIVE discover new powers, make a desperate run through the Netherworld, land on an island paradise . . . and find that Brone, always a step ahead of them, is becoming more powerful than ever.

Previous books in the series: 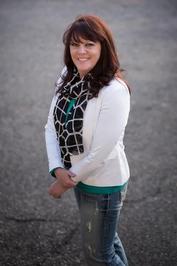 Author Bio:
Holli Anderson has a Bachelor's Degree in Nursing--which has nothing to do with writing, except maybe by adding some pretty descriptive injury and vomit scenes to her books. She discovered her joy of writing during a very trying period in her life when escaping into make-believe saved her. She enjoys reading any book she gets her hands on, but has a particular love for anything fantasy.
Along with her husband, Steve, and their four sons, she lives in Grantsville, Utah--the same small town in which she grew up.