I love quotes. Reading them, twisting them to make my own, and discovering them in my stories! Here are just a few prize quotes from Cradle Rock. 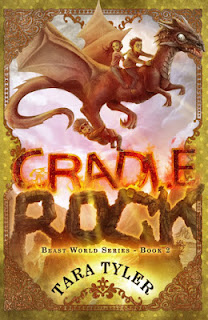 
It's so perfect, it's miserable.


They're bonding over a lie and a broken wing… Women are confounded creatures.


Nothing like crazy notions to rile people up and take sides. Too bad most people like to believe the worst instead of seeking the truth.


Even if she doesn't remember who she is, her heart hasn't changed.


At least I don't have to dwell on one form of death, I have several to choose from.


They're getting to that age where normally sane beings start to do stupid things.


All these distractions are really hampering my underhanded scheming.


the disappointment on Harry's face does wonders for my guilt reflex. I wonder if all parents are members of a secret society where they practice that skill.


the adults bicker about who's right and who's crazy


River's head is harder than that mountain. And his ego is just as big


That guy needs to take a long walk to calm down, and then keep walking.


Well, we're a courageous group of idiots, aren't we?


That's been my problem all day! Out-numbered, out-weaponed, and out-matched.


Secrets are as good as lies.


I hope you enjoyed the quotes and they tempted you to read more!

Thanks so much for having me over, Ann! You've been a very positive supporter - greatly appreciated!

WELCOME BACK TO THE FOREST!


Gabe the goblin just saved his town Broken Branch Falls from splitting apart. He also revealed that humans--horrible creatures of myth and legend--may actually be part of their history! But seriously? Nah!

Now Ona, Gabe’s girlfriend, is headed thousands of miles away to Camp Cradle Rock for Spring Break seeking evidence of humans. Gabe knows better than to tell a stubborn ogress she’s crazy, so he’s letting her go and spending the break at the beach like a normal teenage beast. And he’s determined to have a good time without her, whether he likes it or not.

But when Gabe hears Ona went missing, he and his friends set out for the wilds of the west to find her, no matter what dangerous creatures get in his way. Not even humans.


Check out the Book Trailer!

Tara Tyler has had a hand in everything from waitressing to rocket engineering. After moving all over, she now writes and teaches math in Ohio with her three active boys and Coach Husband. Currently she has two series, Pop Travel (techno-thriller detective capers) and Broken Branch Falls (fantasy adventures). To squeeze in writing, she economizes her time aka the Lazy Housewife. Make every day an adventure!

I'm also giving away signed copies of Broken Branch Falls and Cradle Rock, some Beast World swag, and a $20 GC!