Mile 17 - WHY DO YOU WRITE?
A tip a day to keep the rejections away

Do you write to let the demons out or the dreams in? 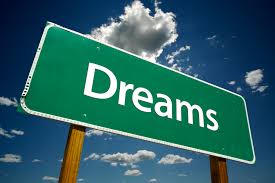 Have you scribbled stories on scraps of paper even before you could write out words? 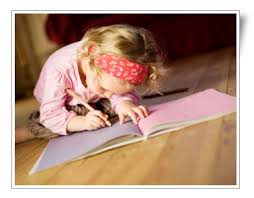 Or were you the class bookworm, excited for summer vacation because it meant you could read whatever you wanted all day long for three endless months? 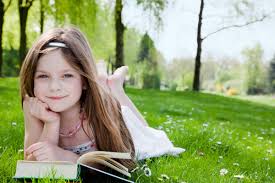 Maybe all of those reasons apply, or maybe none.  The reasons I write vary greatly, depending on what I'm writing.

Why I Write Veterinary Articles
One day at work, a nice family came in totally frustrated with a cat which hadn't used the litter box properly for years. 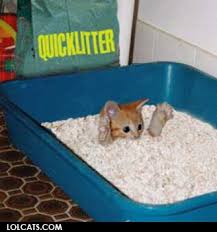 At first they'd asked their Great Aunt Bertha, cat lady extraordinaire, what to do.  She insisted that spraying the litter box with perfume would do the trick.  (It didn't because cats don't typically like scent.)

So they asked their Cousin Bubba, who had a soft spot for cats and a filthy house.  He assured them that the one litter box in his house of four cats only had to be scooped once every two weeks and his cats liked it just fine.  (They didn't.  His house smelled so much from bad food he just didn't notice the pee.)

Two years after the problem started, they finally asked me if anything could be done.  I did my best to help, but explained that since it had become habit during that extended timeframe, it would be so much harder to fix.

After the appointment, I commented to a coworker something like this:  "I wish people would ask a veterinarian first.  Someone who knows what they're doing really needs to instruct every cat owner the proper maintenance of a litter box.  It would solve so many problems."

That 'someone' became me. 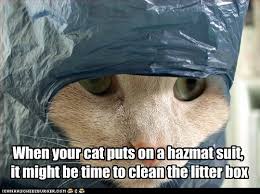 Within the month I began writing for the local newspaper, determined that I could make a difference.  I've heard that I have, and I hope it's true.

**Great Aunt Bertha and Cousin Bubba are fictitious characters I'm using to make a point.  The rest of the story is true.**
Posted by black cat at 5:21 AM