Our story starts quite a few years ago...

I'd done it!  I'd finished a book!  Feeling very good about myself, I ever so proudly placed a polished copy in my esteemed highschool English teacher's hands.

Every day I checked my email, waiting for her praise.

After several months, I finally asked her what she thought.

"Sorry, I just can't get through it."   (she wasn't the type of person to sugar-coat anything, not even candy)


And there you have it, the dismal words from the same teacher who once honored me with the Senior writing award because she said I had potential (and I'd worked on the school paper with her for years).

POTENTIAL WHAT?  was the question.

I plodded onward, attending a local writer's conference where I first heard the term "manuscript consulting".

I hired Mary Logue http://marylogue.com/ to read my MS.

Mary Logue set me straight:  "You need to shorten your sentences, paragraphs, and chapters."

About the only thing that didn't require shortening was my height (5'2").

But she had more to say:  "You need to ditch the outer story.  You have a fairy tale saga that has everything in it you need all by itself."

Before she was done with me, she had one more piece of advice:  "And you need to join a writer's group...pronto!"

She told me everything I needed to hear, it just took me a while to listen.

It was the spring of hope...

I took a good, hard look at my MS.  It sat dense, single-spaced, and heavy in the binder.  Even though I'd compressed what is now TWO books (and an outer story) together into one brick load, the whole thing probably had 10 or less chapters.

And my paragraphs were lengthy, perhaps 2-3 per page.

I'm blushing just thinking about how bad it was.

No wonder it was hard to read!

And yet it pained me to cut the outer story, because I loved Bernard, the grandpa who told the fairy tale to his kids (yeah, I know it's been done better elsewhere).

I loved Bernard so much, that instead of really getting down to work on Desiderata, I wrote a different book instead.

Remember my sudden inspiration in Mile 20?  Well, my inspiration lasted for 3 pages which I then stuffed in a drawer.  But I knew the MC would watch someone die, then try to bring him back again, only to resurrect someone else instead.

And now I knew that she would bring back Bernard!

I didn't care about the plot I tossed from Desiderata.  I only cared about Bernard. 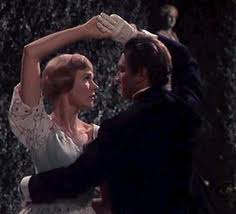 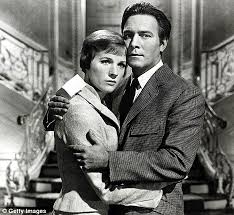 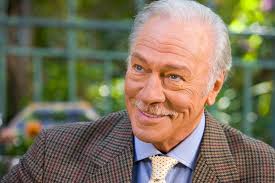 (Oh, and have I mentioned that if my lovely Bernard should ever make it into a movie, I'm going to send Christopher Plummer candy and chocolates and flowers and love notes BEGGING him to "be" Bernard every day until he agrees to do it--I'm sure he'll be quite impressed!)

So for three months, I wrote furiously, a chapter or two a day, sending them off to my great friend, my writing cheerleader, Colleen.

And I entitled this endeavor The Drownings.

Since no one liked the title except me (and Colleen, her awesomeness), it got changed multiple times.  First to Bewitched & Bewildered and then finally How to Date Dead Guys.  (The last title started as a joke which stuck.)

It was the winter of despair...

I began to query Desiderata, not having any idea what I was doing.  I didn't query smart, and I didn't query much, but anyone I did query rejected it.

When I first queried The Drownings, it was long before this New Adult explosion, and although a few agents said the premise was intriguing, they didn't know what to do with it.

One well-meaning agent told me I should set in a boarding high school and make it YA.  It's quite possible that if I'd followed her advice, I might be published by now, because after she brought the idea to my attention I looked around and found that a ton of YA books are set in boarding school.

Such as this very welcoming facility pictured below...now don't you just feel at home? 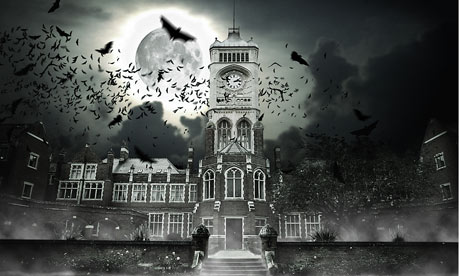 But I did know about college, specifically the UW-Eau Claire campus where I set my stage.  I grew up in Eau Claire, my Dad taught at UW-Eau Claire, and I hiked and ran along Putnam Trail.  This campus, and the Chippewa River running straight through it, could be the only setting for my story.

So I stubbornly plodded on.

We had everything before us...

After much hesitation (and let's be honest, fear), I finally joined the Rochester library writing group.

It was an eye opener.

The comments people came up with astounded me, confused me, and pushed me to do better.

One man (I don't know his name because he attended one meeting and then I never saw him again) said, "I think there's more to this story, and if you're brave enough you'll tell it."

Holy crap!  How could a stranger see right through me like that?

So I emptied my heart onto the page, brought to the forefront all my moments of hope and despair, and wrote it out in detail for all the world to see...

We had nothing before us...

Four members of the library group broke off into a smaller group.  Week by week, they helped me dissect the labyrinthian plot of Desiderata.

But something bugged me.  I felt I should be working on The Drownings instead.  I felt it was more marketable.

So, halfway through the year, I set Desiderata  aside and started over with the other. 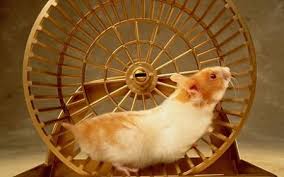 
We were all going direct to Heaven...

Like many other writers I slogged through many weekly meetings, beta readings, querying, and (brace yourself) rejections.

Some were generic rejections, a few questioned whether it was YA vs. adult (again, before the New Adult craze).  Then one really awesome agent requested a full, but rejected with very specific comments.  This led me to cut a full character and 4,000 words.  Even though this agent didn't take me on as a client, I feel I owe her a great deal of thanks, because she set me on a path of drastic changes and improvements to the MS.

I doubled the initial research I'd done on witchcraft.  Every spell deepened, every relationship reexamined and fleshed out, and every conversation polished until How to Date Dead Guys was born anew.

And this spring, I've had more requests than I thought possible.  It's been both quite exciting...


We were all going direct the other way...

There's a part of me that frets about the very real possibility that each and every request may end sadly.  I've committed myself to making the spring and summer of 2013 my "big push" for How to Date Dead Guys.

But what happens when the summer ends? 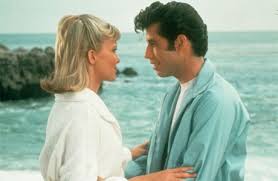 I haven't yet decided.

In the meantime, I finally revised Desiderata to the point where I think it's ready, but I haven't done much except enter it in one contest that only took YA, not NA.  And I know it's frowned upon to query more than one MS at a time.

At first, I intended to write a blog about how to deal with rejection...but I'm not sure I have anything better to say than:
1) find a coping mechanism (for me: walking the dogs, running, yoga, a wine cooler, whatever works for me that day)
2) send off another query ASAP
3) work on something else

But there's this nagging voice in my head saying, "If this one doesn't work, then it's time to write another MS."

And I'm not sure I have one in me at the moment.

But if I do start another MS right now, it's going to be called Teeth.
Isn't that a beautiful title?  Now let me see you smile.