COVER REVEAL for THE HEARTLESS CITY 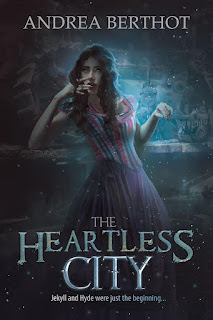 Blurb for The Heartless City, YA Historical Fantasy:

Henry Jekyll was a brilliant doctor, a passionate idealist who aimed to free mankind of selfishness and vice. He’s also the man who carelessly created a race of monsters. Once shared secretly among the good doctor’s inner circle, the Hyde drug was smuggled into mass-production - but in pill form, it corrupted its users at the genetic level, leaving them liable to transform without warning. A quarter of the population are now clandestine killers - ticking bombs that could detonate at any given moment.
It’s 1903, and London has been quarantined for thirteen years.
Son of the city’s most prominent physician and cure-seeker, seventeen-year-old Elliot Morrissey has had his own devastating brush with science, downing a potion meant to remove his human weaknesses and strengthen him against the Hydes - and finding instead he’s become an empath, leveled by the emotions of a dying city.
He finds an unlikely ally in Iris Faye, a waitress at one of the city’s rowdier music halls, whose emotions nearly blind him; her fearlessness is a beacon in a city rife with terror. Iris, however, is more than what she seems, and reveals a mission to bring down the establishment that has crippled the people of London.
Together, they aim to discover who’s really pulling the strings in Jekyll’s wake, and why citizens are waking up in the street infected, with no memory of ever having taken the Hyde drug…
Heart-eating monsters, it turns out, are not the greatest evil they must face. 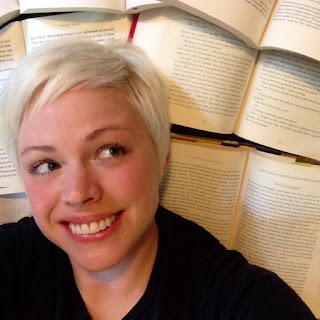 Author bio:
Andrea Berthot’s last name has a silent “t,” like the word “merlot” - which fits, since that is her favorite drink to have at the end of the day. Back when she was born in Salina, Kansas, her last name was Price, and she grew up loving singing, acting, reading, and of course writing. By day she teaches high school English, creative writing, forensics, and directs the yearly musical, and by night (or rather, by early morning, as her brain is more alive at 5am than 5pm) she writes Young Adult stories involving history, romance, magic, literature, and some good, old-fashioned butt-kicking. She lives in Winfield, Kansas with her amazing, hard working, choir-teacher husband and her beautiful, creative, bundle-of-energy son, Max.
Posted by black cat at 12:59 PM