Do you own a cat? The Black Cat Blog wants proof (a picture).
No, but I do have a rabbit! She’s a pretty cute diva 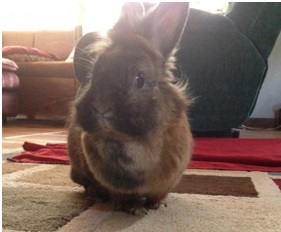 WORST life advice you ever received.
I once went to the eye doctor for an ocular migraine. The issue went away, but he told me to just, “Come back if it happens again, and Google the symptoms to try preventing it.” He said it was just because lots of things can cause ocular migraines, but what he didn’t know is I’m a bit crazy when it comes to medical stuff…

(***Ann here: Let me tell you a story about my poor eyesight induced headaches that Mayo wouldn't help me with so I had to get a second opinion... ***)

BEST life advice you ever received.
Trust your gut, and do what you love—the rest will come. 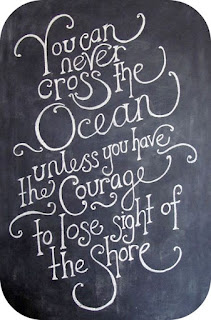 Please share a picture of your favorite shoes.
They may not look like much, but I LOVE these. They match almost everything I own that’s not meant for work, and are super comfortable.

While checking out your blog, I discovered you’re part of the “Waiting-On-2016-Authors” group. So, tell me more about this group. Is it all first time authors? How does one join in the fun?
The Waiting-On-2016 authors group is for anyone publishing a book in 2016, not just debut authors. The WO2016 group is a place for authors to support each other throughout the editing, proofing, arcs, release, and promo processes, and beyond! We’re accepting new authors every day. If you’re interested in joining, you can message me on Twitter or Facebook, or send a message to us on our website, and I can get you set up.

On your blog, I also learned you’re attending the New York Comic Con. Will this be your first time at one of these events? I’m curious about them, but I’ve never attended. (I keep asking Andrew Buckley from Curiosity Quills to take a picture of James Spader for me, but I’m still waiting…)
Oh Comic Con. This will be my second New York Comic Con, but I only went for one day last year. I think they’re equally fun and overwhelming. I’m used to “smaller” conventions, like Anime Boston and ConnectiCon, so NYCC was a lot. But it’s a fun space to meet people with similar interests, check out amazing cosplays, swag, and even books! If I manage to find James Spader there, I’ll snap a picture for you :) 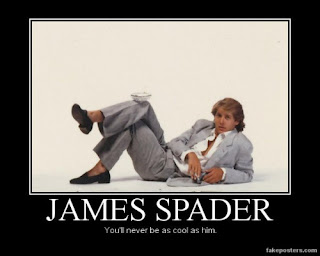 What event would you call your breakthrough as an author?
Definitely the RT Booklover’s Convention last year in New Orleans. Until then I’d been in the same write-query-get rejections-want to give up-don’t write for a month cycle. At RT 2014 I hung out with my critique partners and other new adult authors, and was just so inspired to start writing again. It was like a lightning strike in its swiftness and intensity. So I went back to the drawing board on GYRE (I blog more about this journey here), and less than a year later, I landed my deal with Curiosity Quills Press :)

What do you know now that you wish you knew much earlier as an author?
I wish I’d known early-on to never give up and to not compare your publishing path with anyone else’s. Everyone moves at different speeds and in different paths in this industry. Looking back, I wasted a lot of time I could have spent writing by worrying about these things that are just not worth worrying about. Your time will come when it’s meant to, you just have to keep writing and keep your head in the game. Make friends, find critique partners, and go through it together.

What was the inspiration for your upcoming (February, 2016) book, GYRE?
GYRE has a few inspiration points—it wasn’t really ever just one thing. I’ve always been fascinated with the Atlantis myth and other ancient mysteries. It’s why I studied archaeology in college. And I think I’ve always had a massive love for the ocean and all things under the sea. The inspiration for my main characters Chelsea and Trevor, and their series-long relationship arc, sparked in Big Bang style from Calvin’s Harris’s Feel So Close. All of these things kind of hit at once my senior year of college and it all sort of just came together in a mish-mash of ideas :)

How did you come up with the title for your book? And how painful was that process?
It actually wasn’t painful, looking back. It’s probably been more painful trying to change it before I decided not to. “Gyre” happened because I was in environmental sustainability class in college, and we were talking about ocean gyres— any big system of rotating ocean currents, especially if they’re involved with massive wind movements. My first thought was, “Huh, that’s metaphorical.” Then I noticed on the map of gyres on earth that the North Atlantic Gyre sits where Plato’s version of Atlantis might sit, and suddenly it all just clicked. I searched for fiction books—especially YA and NA books—with the same title, found none, and called it done in 2012.

Over the years people have told me to change it because they were concerned about the pronunciation and meaning of the word being an issue, but nothing else has ever fit quite as well as GYRE, so it’s stayed :)

Name 5 books you wish you’d written (and not just for the money and fame).
This is a hard question!
1.      Ender’s Game inspired me, gutted me, thrilled me, and left me begging for more. It was my first real introduction to the sci-fi genre in book form, and has molded me in many ways. I wish I’d written it so I can have that impact on readers, because I don’t think I’ll ever write a book that impacts my readers the same way Ender’s Game impacted me.
2.      Mockingjay, so I can fix certain characters’ fates… yeah.

I really can’t think of any others! I’d never trade the joy of reading my favorite books for the first time for having written them. Don’t get me wrong—I love GYRE just as much as I love Ender’s Game, but it’s a different kind of love. And that difference is so, so important!

List 5 books you loved as a child.
I actually didn’t really like reading as a child, as strange as it sounds. But I’m pretty sure my favorite kid’s book was Rainbow Fish. I also know I read and loved Flight of the Dragon Kyn by Susan Fletcher, and I still have it on my bookshelf. But it wasn’t until I got addicted to the Buffy the Vampire Slayer tie-in novels in middle school (much to the dismay of both my parents and my English teachers) that I really started to enjoy reading. In high school I found Amelia Atwater-Rhode’s Demon in my View and fell in love with that world of vampires and shapeshifters (before it was a thing), and the rest is history!

I see you’re reading RED RISING and just read RED QUEEN—two books on my overwhelming, towering and about to collapse on me TBR pile. List some other recent favorites.
RED QUEEN was AMAZING. You need to pick it up next! And I’m enjoying RED RISING very much JHmm… recent favorites. OPEN ROAD SUMMER by Emery Lord was awesome. THE MARTIAN by Andy Weir was quite a ride, too. And all of Mindee Arnett’s AVALON books are some of the best YA Sci-Fi I’ve ever read, so I’d recommend those as well.

Just curious, are you in love with Joss Whedon?
Oh absolutely, 100%. The man’s a genius. I mean, come on. Buffy the Vampire Slayer. Dr. Horrible. Cabin in the Woods. FIREFLY. What more do you want (other than more Firefly)?

(***Ann here: Although I liked Firefly, and it was much more short-lived than Buffy, as you can see below what I want is MORE BUFFY--more, more, more!!!) 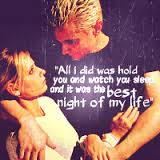 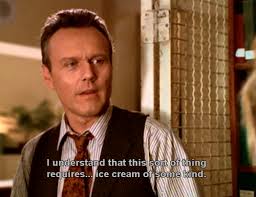 Thank you, Jessica Gunn, for you fabulous answers! I really enjoyed reading them (and finding pictures was easy since you supplied half of them--and the rest are Buffy, so that was fun too). 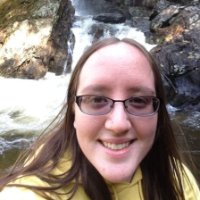 Author Bio:
Jessica Gunn is a New Adult author and avid science-fiction and fantasy fan. Her favorite stories are those that transport the reader to other, more exciting worlds. When not working or writing, she can be found binge-watching Firefly and Stargate, or feeding her fascination of the ancient world’s many mysteries. Jessica also holds a degree in Anthropology.
To catch up with Jessica, follow her on Twitter (@JessGunnAuthor).
Blog site: http://www.jessicagunn.com/
GYRE back of the book blurb (cover is coming soon):
Chelsea didn’t try to teleport. All she wanted was to play the Battle of the Bands show. But after accidentally teleporting onto classified Navy vessel SeaSatellite5, all she’s rocking is the boat. Once it’s sorted out that Chelsea’s not a threat, SeaSat5’s top scientist offers Chelsea a position on the crew as an archaeology intern. Dr. Saint studies people with powers, believing them to be descendants of Atlantean refugees, except Chelsea’s powers are beyond anything on previous record.
While great for everyone else onboard, the miracle of Chelsea is Trevor’s worst nightmare. The same girl who’d given him a brief lifeline to sanity three months ago literally fell from the sky, under a mile of ocean, and onto the very station where he’s employed. Making matters worse, Trevor’s family are Lemurians, Atlantis’s enemy, and Chelsea’s presence is unpredicted—a wrench in an already unstable situation. But Trevor wants no part of his family’s war. The only thing he wants is Chelsea, Atlantean or not.

Days into Chelsea’s sudden appearance, SeaSatellite5 uncovers Atlantean ruins and a massive artifact cache, placing its entire, hundred-man crew in the crosshairs of an ancient war. There are those who want the Atlantean relics inside the ruins destroyed, and only Trevor knows the treasures for what they really are: Link Pieces, tools used by the ancient civilizations for their time-travel war.

With lies and shifting alliances abound, Chelsea and Trevor will have to think fast in order to save the station. If they don’t, the Lemurians will seize the artifacts and Atlantis will be destroyed forever.