Happy Birthday from your Not-So-Little Girl 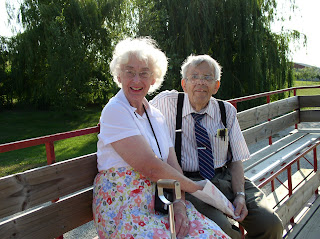 
Surrounded by breastfeeding enthusiasts and mothers whose milk flowed like , I barely clung to my sanity while breastfeeding every ninety minutes for the first ten months of my son’s life…until he turned into a cannibalistic piranha…


After the birth of my son, Fred, I struggled like a beached manatee to find a comfortable position in the hospital bed.  I heard the door open and footsteps approach.  The temporary bliss of the epidural wore off right… about…now.


“Have you decided if you’re going to breastfeed or use formula?” The nurse tapped her pen on the clipboard. “You know it’s proven that breastfed babies are smarter, have less chance of obesity, don’t get constipated…”


I shifted in bed because my vagina hurt. “Yes. I plan to breastfeed.” I’d read all the handouts. I knew the benefits. Breastfed babies never got ear infections, were more likely to become Olympic gymnasts, and grew beautiful curly hair…or something like that.


“Good.  Let’s see if he can latch on.”
Over the next 48 hours, an army of strangers observed my struggle to get Fred to feed.  They offered lots of advice, some of it conflicting, most of it confusing.  I couldn’t feel my milk release or if Fred was really drinking.  I could tell when my breasts were empty, but that seemed like most of the time.


The constant exposure of my meager breasts became less of a concern as sleep deprivation set in.  With Fred in my room, I woke up every time he moved.  If he stayed at the nurse’s station, they brought him back every hour because he seemed hungry.


And he probably was.  From the beginning, I was a poor producer.  If I’d been a milking cow I would’ve been culled.  But as a new mother, easily led into the guilt trap of too many breastfeeding handouts and websites, I clung to the belief it was selfish not to SOLELY feed my son breastmilk.


The real struggle began when we got home.  Because Fred wasn’t getting enough to eat, he constantly cried for more.  I couldn’t get anything done because I nursed him every sixty to ninety minutes.  I didn’t get any rest.  In fact, the only time Fred napped was in the stroller as I trudged miles to shed my unflattering Jabba the Hutt physique.


After six weeks I returned to work.  Things only got worse as this introduced every new mother’s greatest fear (second to finding good daycare)… pumping.  Huddled in a cold room, embarrassed at how loud the pump sounded to my coworkers just outside the door, I pumped.  After fifteen minutes, I barely got a few spoonfuls in the bag.


I wiped, got dressed, and tidied things up for the next new mother in the building.  But she didn’t have my problem.  Her milk supply was bountiful.  She had so much she sent it away to the poor.  And I had a cousin who only pumped, never directly fed from the breast, and her freezer was so full of milk she had to throw some away.


At night I watched skinny, snotty-nosed Fred crying in his bassinet.  He was hungry again, but my breasts were empty.  Why can’t I produce like other mothers?  Then maybe my son would gain weight.  Maybe he’d stop getting so many colds (so much for breastfed kids getting sick less often), and I wouldn’t feel so damn guilty all the time.  It’s like I’m starving him.


I called the lactation consultants and explained my problems:  underproduction, lack of sleep, Fred’s poor weight gain.  I wanted someone to tell me that mixing milk and formula was okay.  I wanted someone to dismiss my guilt at my failure to feed my son.  But most of all, I wanted a workable solution.


Instead I got this:  “You need to increase your production.  Pump in between feedings.”


My response:  “But Fred’s feeding every 90 minutes.”
“Then pump in between.”


Almost in tears now:  “But when am I going to sleep?”


No compromise.  “Breast is best.”


I tried harder.  It didn’t work.  Fred remained skinny.  In desperation, I spoon-fed baby food in my continued belief that formula was evil.  But at three months of age, Fred wasn’t very good at eating solids.  At his doctor’s appointment, Fred’s head was growing much faster than the rest of his body.  I mentioned the lactation consultants’ plans to increase my milk supply.  The pediatrician was satisfied.  I was not.


At six months, Fred’s daycare requested formula because my pumped supply wasn’t sufficient.  This decreased the pumping pressure, but at home all Fred wanted was to nurse every hour of the day and night.  Poor boy and poor me.  Neither of us got any sleep until his teeth intervened.  At ten months, he bit my nipple.  Hard.  I couldn’t believe the pain.


Again I called the Lactation Consultants.  They said, “Set him down and tell him ‘no’.  Then he’ll stop.”


I tried it.  Fred laughed.  Then he bit so hard it felt like he ate my nipple.  Shaking with pain, I finally stopped the madness.  With tears of guilt I hid in the other room as my husband fed our son plain formula.  Fred drank it with relish and then fell asleep.


I hadn’t slept more than ninety minutes straight for ten months.  That first night, I checked on Fred multiple times just to make sure he was still breathing.  Within a week, I slept until dawn.  I woke up refreshed, no longer a zombie.  Fred cried less, smiled more, and finally gained weight.


I’m not saying breastfeeding is wrong.  I just think extremists have no right to guilt new mothers into despair when breastfeeding isn’t working.  Even Alison Stuebe, MD, MSc, a maternal-fetal medicine physician and breastfeeding researcher agrees:  “As a newly-minted doctor and breastfeeding activist, I used to believe that all mothers could breastfeed. Now, after almost a decade of clinical experience, I know better. Sometimes, breastfeeding physiology just doesn’t work. And frankly, as medical professionals, we handle these situations poorly.”**


Stopping breastfeeding was the right choice for our family.  I only wish I had supplemented with formula earlier on.  I wouldn’t have starved my son and we both would have gotten some sleep. 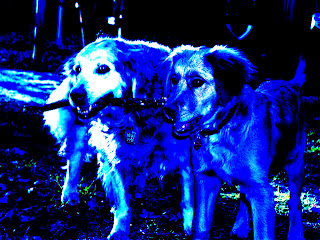 Naturally, I will begin my newbie blog with a doggie picture.  Anyone who know me will not be surprised.  I'm sure I'll screw many things up as I start blogging, but that's the only way to really learn (or so they say).

My life is filled with too many interesting topics to pretend that I will limit them.  This isn't just a writing blog.  I'll try my best to be very clear with my titles, so people who DON'T want to read about breastfeeding, miscarriage, pets, etc. will be able to pick and choose to their liking.

I hope you find something you enjoy reading.  If not, then I just hope you have a nice day.

Do onto others, and whatnot-