DEAD GIRL RUNNING
Book One of the New Order

Eight years ago, SILVIA WOOD's father died in an industrial accident. After suffering through years of Psychotherapy Services and Mandated Medications for depression and multiple suicide attempts, she longs to work in Botanical Sciences.

When the Occupation Exam determines she must work in Mortuary Sciences instead, she wonders if the New Order assigned her to the morgue to push her over the edge.

To appease her disappointed mother, Silvia enters the Race for Citizen Glory, in an attempt to stand out in the crowd of Equals.

After she begins training with "golden boy" LIAM HARMAN, she discovers he also lost his father in the same accident that ruined her childhood. Then Silvia meets and falls for Liam's older cousin, whose paranoid intensity makes her question what really happened to her father. 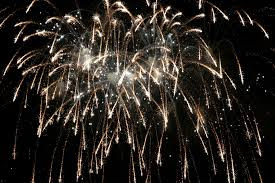 This Young Adult/New Adult Crossover Dystopian is a cross between The Giver, The Handmaid's Tale, and Agenda 21.


To be re-released SOON!

Dead Girl Running is dedicated to
the memory of my father, Jerry Anderson.