Honestly, sometimes in the past I hated the date (thought it was a way for couples to make singles feel inferior), but this time around I have something to really celebrate.

This year, my beloved fairy tale will become a reality!

Which means that this year, Valentine's Day will mean the following:
- Princesses and dragons
- Shape-shifting nuns and meek scientists
- Giants (both good and bad) and royalty (also both good and bad)
- Sword fighting and demon hunting
- and so much more! 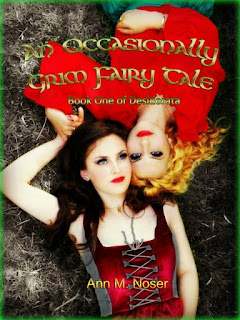 Prince Bane Baronne has baby fever. He is in search of a wife with the proper mystical bloodline to bear him the heir of prophecy. Anna Leon is chosen, but Bane only pretends to be Prince Charming. When Anna questions his intentions, she vanishes from the castle.

Convinced she is to blame for her younger sister's disappearance, Maria Leon is coerced into the royal marriage instead. She is older, wiser, and should know better--but Bane always gets what he wants. And he is not above using trickery or treachery to do so.

Maria attempts to salvage what she can of a "happily ever after" by working hard to be the best mother and wife. Until the day she learns that every woman who has married into the Baronne line disappears soon after they have produced an heir.

And she is next in line. 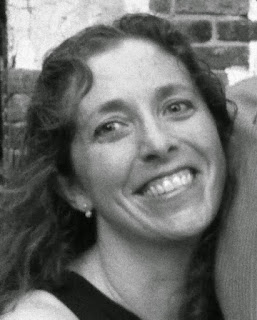 More about me: Growing up an only child, I learned to entertain myself. During summer vacations, my greatest form of exercise consisted of turning the pages of a book. Now I'm all grown up, and full of stories half-written in my head. I have to write them down so I can find out what happens next.

What I enjoy: Writing, reading, being a small animal veterinarian, trail running, being a mom (although sometimes the hours do not promote good sleeping) and wife, and yoga (not saying I'm good at it, just that I enjoy it)

Why I wrote this book: Almost thirteen years ago I became a mother to my son. I had no idea how over-protective I would become over this little baby. That's why I started writing this book -- because new moms have so much free time, I thought I'd pick up a new hobby. Makes total sense, right? I've written several other books since then, but kept coming back to revise and rewrite this one -- my first writing love, so to speak. So happy it will finally be out in the world, and I sure hope the world enjoys it! 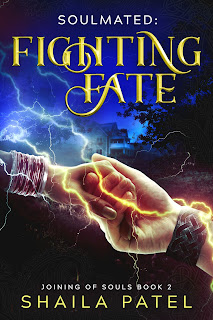 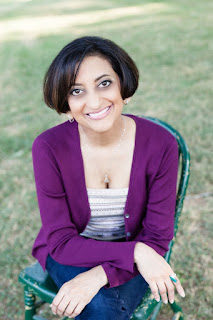 Sarah Wright woke up a few times after parties in strange places―but the morgue’s a first.
At eighteen, she’s eager for a taste of independence, moving out of state to attend college. A change of scenery is extra-needed due to a bad breakup with her boyfriend, Scott. However, soon after escaping the body cooler, she makes two startling realizations: vampires are real, and she is one.
There’s nothing quite like an untimely death to ruin plans. California’s sunny beaches aren’t the best place for vampires to chill, and worse, not only does she wind up stuck in Seattle, she’s still living (figuratively) with her parents.
They take the news surprisingly well―after all, it’s better than burying her―even helping move her bedroom to the basement. A disinterested sire, distraught friends, nosy Men in Black, and awestruck younger siblings complicate her adjustment to the new normal of being an immortal still subject to her parents’ rules.
Undeath has its perks, but it also brings enemies. Without a copy of ‘Fangs for Dummies,’ Sarah’s left scrambling for answers when one such new enemy attacks her siblings and friends. If she can’t figure out how to vampire, her attempt to spare her family the grief of losing her may wind up killing them.
Available now at AMAZON and with Kindle Unlimited.

We fly for a few minutes, though I don’t so much fly as trail behind him like a helium balloon tied to a speeding car. We pass over civilization, and Dalton lurches downward without warning, towing me into a landing by this creepy-as-hell gothic stone building about the size of a lawn shed. I cling to him, mostly to cover my lack of clothing while gazing around in search of anyone who might see us.
“What’s this?”
“A cemetery.”
“Duh. No kidding.”
Dalton pulls the thick stone door open with his left hand while grasping my side above the hip and ushering me into a blank chamber with two coffin-sized concrete slabs on either side. The floor is a little slimy and wet, but it’s nowhere near as cold as it looks.
I spin around and find him standing right outside, blocking the doorway. “I mean, is this necessary? Being in a graveyard?”
“Not entirely, but it’s the closest, best place for you to get out of the sun. There’s not much time left, and you really don’t want to get caught out when it pops up.”
“That’s real?” I brush some dirt and leaf bits off my forearm. “You’re really serious about that?”
“Aye. ’Tis the most thorough way for us to die for good. Now, some o’ that other stuff like garlic, crosses, or mirrors… Most of it’s rubbish. Stakes hurt, but all they do is make holes. No idea where that garlic codswallop came from. It does jack shite. Same wit’ crosses or any religious type stuff. The sun though, that’s the big one. At sunrise, you’re gonna collapse. No way to avoid it. Body will shut down.”
“What, like just flop?”
He nods. “Basically… unless you’re outside at the time. See, there’s only one thing that’ll wake us up when we ought ta be sleepin’―an imminent threat to our existence. Bein’ out in the sun counts.”
“So, like the movies? If someone sneaks up to stake me in the middle of the day, I’ll wake up?” Wow, look at me talking like this is real and not a dream.
“Well, yes and no. It’s not so much the stake, since they’re merely annoying. One of the Old Guard started that rumor up a long time ago. Tricked the mortals into sharpening wood for weapons.” He cackles. “Idiots. But anyway, someone comes close to you with, let’s just say, ‘bad intentions,’ it’ll do the trick. Although, if my suspicious are correct, you’ll probably be able to wake yourself up after only a couple hours’ rest. Still, I’d not go out in the sun if you find yerself awake before it goes down.”
I sigh and gaze around at this little stone room. “Not even a mattress or something? No blankets? Hey.” I stare at him. “What about clothes?”
Dalton smiles. “Not yet.”
“What?” I blink, hands on my hips. “Not yet? Are you serious? What is being a vampire like some kinda RPG and I’m not high enough level for clothes?”
“Three reasons. One, not enough time right now. Two, you’re more likely to stay here out of sight and be a good little girl. And three, most importantly, you are essentially a newborn babe, and the vulnerability should serve to remind you that you’re dependent on me for everything. So, behave yourself.”
My stare hardens into a glare. “Oh, so now I’m a house elf? I behave myself and you eventually give me a sock?” 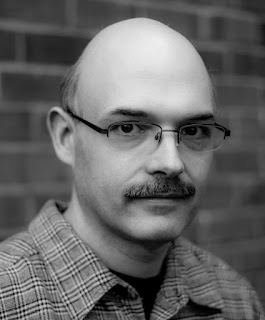 Matthew has been creating science fiction and fantasy worlds for most of his reasoning life, which early on, took the form of roleplaying game settings. Since 1996, he has developed the “Divergent Fates” world, in which Division Zero, Virtual Immortality, The Awakened Series, The Harmony Paradox, and the Daughter of Mars series take place.

Matthew is an avid gamer, a recovered WoW addict, Gamemaster for two custom systems, and a fan of anime, British humour, and intellectual science fiction that questions the nature of reality, life, and what happens after it.
He is also fond of cats.
More info on Matt can be found HERE