PRINCESS OF THE LIGHT by N. N. LIGHT 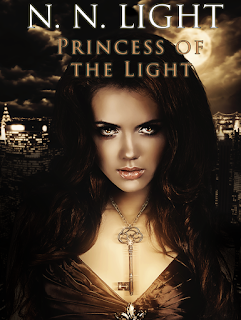 Tagline:
Mary's the Princess of the Light but her only hope is to make a pact with her enemy.

Blurb:
Mary Miller receives a startling visitation from Gabriel, the Messenger of God. The Archangel reveals an astounding truth--Mary is the Princess of the Light and even more amazing, her destiny is to battle Lucifer's army of demons and restore the balance of good and evil on Earth. It's getting harder to fulfill her new role and keep her identity secret while juggling her personal life, and when Than, Lucifer's second in command, amps up the attacks on her, she knows she needs help.

Joe Deacons is everything she's ever wanted in a man. And as providence would have it, in a moment of great need, he's the Warrior of Light--the one who can help her defeat the forces of darkness.

Not so simple when they confront Lisbeth, a demon hell-bent on usurping Than and Lucifer himself.  When Lisbeth wages war and several innocent people die, Mary must form an alliance with her enemy in order to destroy her.  But will this be a grave error or the choice that saves their world?

Excerpt :
I sunk into the water, and let the suds and scent of lavender engulf me.  The stress of the day finally began to melt away.
My body jolted.
I was in the middle of the desert. There were grass huts and women with hajjis walking quickly around me. Something whizzed past my ear, and a deafening explosion rocked me off my feet. I instinctively curled my body in a fetal position.
I listened for the screams to start, but it was eerily silent. I glanced around, but all I saw was water.
I was still in the bath. What had just happened? Was that a vision? Had I fallen asleep?
My headache was a dull thud now.
A knock on the washroom door made me gasp. I sat upright in the tub and heard my roommate, Amber, call in, “Mary, are you okay?”
“Yeah, I’m good. Just must have fallen asleep.”
“Hey, Amber, what time is it?” I looked down at my pruney fingers and wondered how long I was in the tub.
Amber said, “It’s five thirty.”
I leaned forward and turned on the hot water. The bath water had gotten cold while I had drifted off.
I leaned back as the warm water ran over my toes and closed my eyes, wondering what I should wear tonight. I wanted to look beautiful for Joe. I began to picture every outfit in my closet, and tried to imagine his reaction to it.
A shiver ran down my back and I faintly hear the water splash over the edge.
I opened my eyes and tried to scream. All that came out was a reverse gasp, and I pulled my towel in to cover my body.
A small child was in the tub with me. He couldn’t be older than five. Blood was running down his face, and his body was covered in sand mixed with congealing blood. He was clinging to my towel, and I didn’t know whether to let go of it or yank it back from him. His dark hair was wet with fresh blood. My heart filled with sadness and I quit trying to scream.
As I clung to my own towel, I didn’t know what was happening or what I should do.
The little boy raised his head and more sadness poured into my heart. His eyes were dark pools of grief and despair. They pleaded with me, begging me to help.
How? I mouthed silently.
I jumped when he began to move slowly toward me. He lifted one arm and spoke in a language I didn’t recognize. I knew I didn’t know exactly what his words meant, but I knew what he was saying: He was hurt and needed help.
The closer he came, the more my fear eased and the pain increased. He reached for my arm. His hand was bloodied, and it sent a jolt of electricity and agony throughout my body. I tried to pull away, but his grip was locked on my arm. His eyes turned black and murky, and a voice not his own spoke.
“Princess, help my people,” it said.
I shook my head.
“Let go!” I tried to scream again.
The little boy disappeared, and I jumped out of the bathtub, wet towel still wrapped around my body, and crumbled to the floor. The blood was smeared all around me, and I looked at my arm. The blood was still there, too.
I whimpered, scrubbed at my arm until it was raw, and yet I could still see the blood.

E-book Sale:
During the month of September, Princess of the Light is on sale for the super-low price of $.99 USD. 100% of the proceeds during this time will go directly to our local food bank to help feed children and families in need. This is the first time Princess of the Light has ever been this low and who knows when it will be this low again. 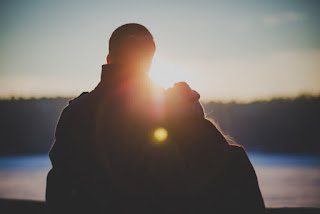 Author Bio:
N. N. Light is the husband-wife writing team, commonly known as Mr. N and Mrs. N. Mrs. N. has been creating stories ever since she was little. Her grandfather remembers when she was two years old, she would stand at the top of the stairs and tell him a story filled with emotion (and in a language foreign to him) with her hands on her hips. Let’s just say she was a born storyteller.

Most of the time you can find them on Twitter or getting new ideas on how to spread the Light on Pinterest. They’re a proud member of ASMSG, Independent Author Network and Marketing for Romance Writers.

In addition to being authors, they’re also book promoters/reviewers, social media marketers/influencers and the owners of N. N. Light Author Promotions. They both love books, have ever since they were young. Matching up books and readers is something that gives them great pleasure.

100% of the proceeds of Princess of the Light go directly to food banks (US and Canada) in order to feed the hungry and help those in need. With only 7,500 books sold, N. N. Light will be able to set up a monthly endowment for the local food bank.