MISCARRIAGE, THE TABOO SUBJECT NO ONE WANTS TO TALK ABOUT 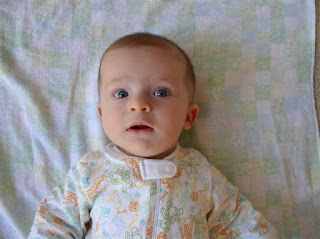 Growing up the only child of two middle-aged teachers, I made myself three promises:

2)      I would never take my kids to Abraham Lincoln’s log cabin museum and pretend it was a fun, child-friendly vacation.

3)      If my hair turned white before my kids finished grade school, I would dye it so no one called me their grandma.

I got married in my thirties.  With infertility in my family and endometriosis surgery in my past, my husband and I had already discussed adoption.  Ironically, we got pregnant two months after our wedding.  For the next nine months, I was constantly nauseous, fell asleep anytime I sat down, and retained every water molecule in the atmosphere.  I learned that epidurals are blessed things, sitting comfortably after giving birth takes six months, and baby boys can projectile poop and pee far across the room long before you’ve had a chance to slap another diaper on them.


That was my easy pregnancy.

A few years later, we got pregnant again.  Since the first one went well, I told everyone I knew—why not?  I was almost 8 weeks along and everyone kept asking when we’d have another kid, anyway.

I soon discovered the reason to wait out the first trimester.

That reason started one Saturday night.  I noticed blood in my underwear when I went to the bathroom.  There wasn’t much and I didn’t have any cramping.  I called the hospital and was told nothing could be done.  I should just rest and come in early next week for my already-scheduled first baby appointment.

So I waited in fear.  This can’t be good.  At the appointment, I sweated through the hour-long nurse’s video, handout, and information session.  At the very end, she asked if I had any concerns.

In record time, I found myself alone with my obstetrician.  She wasted no time in ultrasounding my uterus.

There was no heartbeat.

To ensure that I wasn’t just earlier along than I thought (so the heartbeat wouldn’t be detectable yet), I needed my hCG level checked.  I blindly wandered into the waiting room, wishing my husband were with me.

A female voice called my name through the buzzing in my ears.  I shuffled forward to have blood drawn. The phlebotomist looked me in the eye, said she was sorry, then told me she and her husband had been trying for years to have a baby.  When she finally got pregnant, she lost it after three months.  They were still trying.  She wished me the best.


I thought of my healthy son at home.  I have no right to be sad about this.  I already have one child.  There are others worse off than me.


My hCG levels came back.  I had miscarried.  I had three choices:  miscarry naturally, have some hormone thingy stuck in my vagina to speed the process, or have a D & C. I decided to go the natural route, so I could do this in private.  I’m sure I was given information, but was too distracted to listen.


My son might be an only child.  Just like me.  I promised myself this wouldn’t happen.  But it will be okay.  Everything will be fine.


But it really wasn’t.  The natural route goes on and on.  I should have paid attention when they were trying to explain this, but at the time I couldn’t bring myself to focus, and the thought of bawling uncontrollably while either of the other two options were performed was appalling.  I sat on the couch, clutching a hot water bottle against the pain of my shedding uterus.  It was the endless period from hell.

Instead of calling my family and friends, I sent out a mass email to inform them about the miscarriage.  I couldn’t even bear to talk to my closest friends.  I tried so hard not to cry, and hearing their ‘I’m sorry’ would only make things worse.

After sending the email, many women revealed their own secret heartbreaks to me.  I had no idea they had gone through this.  Miscarriage seems a taboo subject, leaving the victim in isolation.  Some women celebrated the would-be birthday each year.  Others just tried to forget about it.  No one gave unsolicited advice, for which I was grateful.  They just shared their pain with me.

But my mother-in-law’s experience turned out to be my salvation.  She had a miscarriage right before her son (my husband) was conceived.  If not for that miscarriage, he wouldn’t have been born.  So I had to be grateful for that—for someone else’s sadness which led to my eventual happiness.

When the bleeding finally stopped, things got better, at first.  But then my hormones surged back out of control.  I felt even more pregnant than before.  Nausea, nausea, nausea.  Bloat, bloat, bloat.  What the hell was going on?


Curious, I took a pregnancy test.


I called the doctor:  “Is this a new pregnancy, or just the same old dead one?”


I’ll go insane if I keep getting pregnant and losing baby after baby.


The bleeding was much heavier than before.  I couldn’t get out of bed, and shook with fever.  Afraid I had a uterine infection, I went into the ER.  The staff was supportive, but I ended up feeling like a hysterical idiot.  The truth was that I was still recovering from the initial miscarriage, there had been no second pregnancy, and I had the flu.  Who knew the second period would be worse than the first?  Not I!


The kind doctor instructed me to abstain from trying to get pregnant until after my next period.  “Give your body a chance to rest.”


No problem.  I can follow directions.  Yes.  Usually.  Most of the time.


But this time around, my compliance rate was only 99%. The other 1% has blonde hair, blue eyes, and wants to grow up to be a princess.


We were lucky.  We “accidentally” got pregnant again during the time period we were trying not to.  Despite my fears, I didn’t lose this one.  My son never has to play alone.  The two of them terrorize the dogs, leave toys all over the floor, and scream incessantly every time I get on the phone.


But this doesn’t always happen.  My heart goes out to all those still trying.  I wish for them the same happy ending.