COVER REVEAL - DANCING IN THE ATHENIAN RAIN by KATIE HAMSTEAD

Title: Dancing in the Athenian Rain

Blurb:
When Donna is sent back in time to Classical Athens, she's furious at Dr. Stephens for sending her against her wishes. Then a Greek soldier purchases her to be his wife.

She's forced to learn a new language and culture, and faces her fears of never returning to her own time. The society hates her, especially because they think she’s an Amazon, which forces her to confront her issues—being compared to her genius brother, borderline abusive friends, and a cheating boyfriend.

But her husband, Peleus, is kind and patient. Although against her best judgment, she allows him into her heart. He counters all the negative voices from her past, but those voices drive a wedge between them. She must let go of her fears, her inhibitions, and insecurities, and admit her feelings, or she could lose him and the life they’ve built. 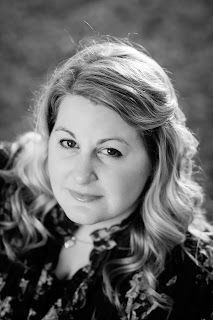 
Born and raised in Australia, Katie’s early years of day dreaming in the “bush”, and having her father tell her wild bedtime stories, inspired her passion for writing.

After graduating High School, she became a foreign exchange student where she met a young man who several years later she married. Now she lives in Arizona with her husband, daughter and their dog.

She has a diploma in travel and tourism which helps inspire her writing. She currently works as an Acquisitions Editor with Curiosity Quills Press to help support her family.

Katie loves to out sing her friends and family, play sports and be a good wife and mother. She loves to write, and takes the few spare moments in her day to work on her novels.