ANOTHER SUCCESS STORY FROM #PIT2PUB--FRANCIS SPARKS 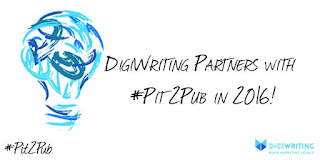 What is your name/pen name? Francis Sparks 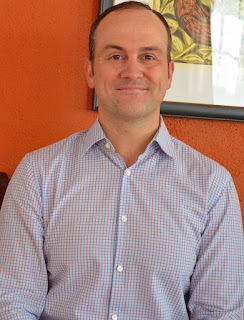 What genre/s do you write? Genre? Hard-boiled mystery and science fiction/fantasy.
Tell us about yourself.
I work in IT in Des Moines, IA with my wife and son with our second child due in late December. I’ve always had a dream to be a writer and a few years ago I started writing my first novel Made Safe to pursue that dream.

What prompted you to pitch your book in #Pit2Pub?
I had been querying for a few months and was building my social media presence when I stumbled upon the #Pit2Pub hashtag a day before it started. I researched the publishers and there were a few I was really interested in so I decided to pitch.

Tell about your #Pit2Pub experience.
I had a few pitches during the day with a total of 3 publishers favoriting them. The one that lead to my publisher is this:

An infidelity case goes horribly wrong leaving the husband dead, wife in jail and PI Moses Winter in the fight of his life.

Which publisher did you sign with?
I submitted full manuscripts to two publishers and received two offers. I chose Pandamoon Publishing because of their innovative approach to marketing. The tech startup mentality that they bring to the indy publishing realm hooked me right away.

Tell us about your upcoming book.
My book is called Made Safe. It is a hardboiled mystery novel set in Des Moines, IA present day.
The story is told from the perspective of two main characters. The first is Moses Winter a private
detective and the second is Raif Rakic a Bosnian refugee turned police detective. Moses is workin
on an infidelity case that goes bad when his client’s cheating husband goes missing three days before
Christmas. Raif is assigned to the disappearance of the husband and discovers that his cousin is the
man’s mistress forcing him to repeatedly choose between protecting his family and doing his job.

Moses is the last person to talk to his client’s husband when he is called to meet at a house on the
edge of town. He finds the husband’s car but there is no sign of the man. He follows a trail in the
snow into the woods where Moses is attacked by two men and left unconscious. Moses recovers and
suspects his attackers are part of a Bosnian organized crime element. Moses must unravel the
connection between his client’s husband and the two mysterious men without sacrificing his life in
the process.

When is your book scheduled to be released? Summer 2016.

What is at the top of your bucket list?
There are a lot of things I would like to accomplish, but one of them has definitely been ticked off the list with a deal to publish my first novel.

Parting words for other authors?
Some of the best advice I’ve gotten has been from books on writing, especially Stephen King’s book on the subject. Stephen King equates it to uncovering a fossil in the ground, I think that is very true and that the more you write the better you get. Also, you have to take the plunge and put your work out there. You’ve got to have a tough skin, but it is the single best thing I ever did to improve my writing.