SPAY AND NEUTER – BENEFITS and DEBATE

Each year in the USA, approximately 7.6 million companion animals (3.9 million dogs and 3.4 million cats) wind up in shelters. Around 2.7 million shelter pets are adopted each year, but sadly about the same number are euthanized.

The sad truth is that there will never be enough homes for all the homeless animals. The only guaranteed way to not contribute to overpopulation is to spay and neuter your pets.

-       When in heat (a 4-5 day cycle repeated every 3 weeks during breeding season), female cats often yowl and spray indoors. This urine marking increases with estrus and decreases post spay.
-       Neutering of male cats decreases marking behavior (urinating in the home) by 78%.
-       Neutering male cats cuts inter-male aggression and roaming in half, decreasing the chances of cat fights and hit by car injuries. Fewer cat fights means less cat abscesses and reduced transmission of the viral diseases Feline Leukemia and FIV.
-       Spaying or neutering dogs before the age of social maturity decreases the chances of developing aggression threefold. The old wives' tale assuring that a female dog is nicer if it has a litter of pups before being spayed is unfounded, and if the maternal dog becomes overly protective of her pups, the opposite is true.
-       Neutering male dogs decreases inter-male dog aggression by 60%, urine marking by 50%, and roaming by 90%. Statistics reveal that as many as 85% of HBC (hit-by-car) dogs are not neutered. 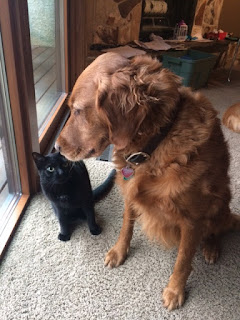 Health benefits to spaying female dogs and cats:
1)    Prevention of pyometra, a life-threatening infection of the uterus (literally means "pus in the uterus"). Pet insurance data from Sweden (where many do not spay their pets) revealed that 23% of intact females developed pyometra. This dangerous condition often requires emergency surgery to remove the infected uterus. Some patients do not survive the surgery.
2)    Decreased risk of mammary cancer. In Norway (another country that doesn't promote spaying), 53% of malignant cancers seen in female dogs are mammary in origin. A high percentage of breast cancer in pets is malignant—50% in dogs and 90% in cats. Spaying before the first heat provides the best protection—less than 0.5% chance of breast cancer. When spayed after 1 heat, there is an 8% chance. When spayed after 2 heats, a 26% chance.
3)     Spayed pets also avoid the risks of pregnancy and giving birth: false pregnancies, dystocia, mastitis, uterine rupture, and life-threatening post partum hypocalcemia. Small breed dogs with narrow birth canals are especially at risk of dystocia, particularly those with large head to body ratios (such as Chihuahuas), risking emergency C-section or death.
4)    Spayed dogs have a decreased risk of developing painful perianal fistulas. 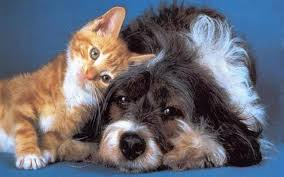 Health Benefits to neutering male dogs:
1)    Testicular tumors are the second most common tumor in male dogs (second to skin). These tumors can metastasize or secrete estrogen, which suppresses the bone marrow. Those with undescended testicle(s) are at even greater risk.
2)    Neutered male dogs experience less prostrate disease including prostatitis or benign hypertrophy where the continued presence of testosterone enlarges the prostate to the point where it becomes increasingly difficult and painful for the dog to urinate or defecate.
3)    Neutered male dogs have a decreased risk of developing painful perianal fistulas.

Regarding Male Cats:
The main benefits of neutering male cats are behavioral and population control since testicular disease is rare in this population. Although first thought to be a concern, studies have shown that early neutering does not increase the risk of male cats developing a urinary blockage. 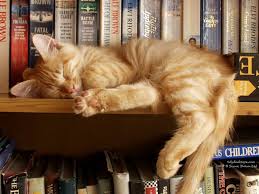 The Debate over Spaying and Neutering:

Regarding cats, there isn't much debate. The American Association of Feline Practitioners (AAFP) report that "studies suggest that early neutering is not associated with serious health problems and does not seem to adversely affect skeletal, physical, or behavioral development in the cat."

In dogs, primarily due to a 2013 UC-Davis study in golden retrievers (a breed well known for increased risk of several cancers, hypothyroidism, epilepsy, and numerous orthopedic problems), there is some debate whether or not spaying and neutering causes an increase in some diseases.

Spaying and neutering does decrease the metabolic rate, which will lead to weight gain (and other associated health problems) if the diet is not adjusted. Spayed female dogs do have an increased risk of urine incontinence, generally easily treated with either an estrogen supplement or another medication to improve the urethral sphincter tone.

Other diseases that the UC-Davis study suggested are associated with spaying and neutering are cruciate disease, hip dysplasia, osteosarcoma, hemangiosarcoma, and hypothyroidism. However, these diseases are still common in the mainly non-spayed or neutered pet populations in Europe, which makes one question the full validity of the UC-Davis study. 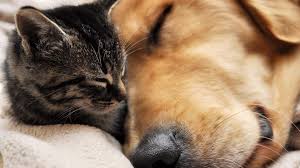 Dr. Philip A. Bushby, a professor of humane ethics and animal welfare at the Mississippi State University College of Veterinary Medicine, cautions people not to ignore a key statement included in the UC-Davis study: “An important point to make is that the results of this study, being breed-specific (to the golden retriever, which already has an increased rate of many of the diseases targeted in the study), with regard to the effects of early and late neutering cannot be extrapolated to other breeds, or dogs in general.”

Dr. Bushby also suggests that spaying and neutering is no longer a "one size fits all" decision. The answers are only simple if the points of interest are narrowed to one at a time. Regarding overpopulation, the answer is simple: spay and neuter your pet to avoid more suffering in the homeless pet population. Regarding many unwanted behaviors, such as urine spraying or roaming, the answer is again simple: spay and neuter your pets. Regarding the possibility that early spaying or neutering might affect growth plates and therefore cause orthopedic problems later in life is a more complex question. Larger breeds are much more at risk than smaller breeds for many of these issues.

Please feel free to discuss these issues with our staff. Since this is a complex issue, different people will choose to do different things, but the choice of delaying or declining to spay or neuter your pet does increase your responsibility to ensure you don't add to the already staggering overpopulation problem. Not spaying or neutering also increases the chances of some diseases (mammary and testicular cancers, for example), while potentially decreasing the chances of other diseases.

In time, the answers may become more clear, or else opinions on the subject will continue to become more polarized. 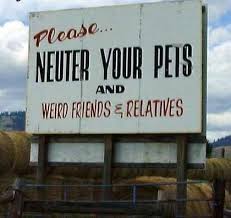