2.     What do you write? Genre?
Primarily Contemporary Romance and Urban Fantasy

3.     Tell us about yourself?
I’ve always been an artist. Focusing mainly on drawing and painting my whole life. I found tattooing 11 years ago and fell completely in love, but I’m always searching for new and different ways to express myself creatively, writing was just that. To be honest I never thought I could write a novel let alone publish one, but once I got started the story just flowed out of me.

I have always been an avid reader with interests in many different genres. Romance, Fantasy, Historical Fiction, and Humor to name a few. I simply write the kind of stories I, as a reader, would want to read.

4.     What prompted you to pitch your book in #Pit2Pub?
I actually did it kind of on a whim. I had been querying for months and had a couple of request pending at the time. When I saw #pit2pub I decided to enter to see if I could get a bite from a publisher directly, rather than going through an agent.

5.     Tell about your #Pit2Pub experience.
I was surprised by the response I got. I wrote a few pitch ideas down and decided to alternate them throughout the day. I through in a couple of quotes from my book to mix things up and was pleasantly surprised by the result. Within the first 2 pitches I was already getting favorites. Some of the pitches I posted got 2 or 3 favorites a piece. Friends of mine who were also pitching would retweet my pitches as I did for them and those would result in more favorites. I was kind of methodical about my posts. I posted every 30 min from the time it started until the end, setting a timer on my phone to remind me to post. By the end of the day. I had requests from 8 different publishers!

I was so excited and completely overwhelmed. I started to doing so research on the publishers who favorited my tweets and decided to submit to 6 of them, based on their cover quality, and the reviews other authors had given regarding their experiences with each publisher. I sent off the requested material to all 6 referencing the tweet they favorited during #pit2pub. The next day, I received an email from Limitless Publishing. They requested a partial submission of my novel initially and they wanted to see more so I sent them the rest of the novel. Twenty-four hours after sending them my complete MS I had an offer, but it didn’t stop there, 3 other publishers I submitted to offered contracts as well. I was floored. I went from months of hearing nothing but no to 4 contract offers in 1 week!

6.     Which publisher did you sign with?
I did a lot of research, and I spoke to authors that were signed with all the publishers that offered contracts. I looked at the cover designs and reviews of books that they had published. The success rates, and the support the offered. When it came time for a decision I signed with Limitless Publishing. They network of Authors and staff support is amazing. It really is a family, the authors support each other and are there to answer questions about anything you need. I have had an amazing experience working with Limitless. 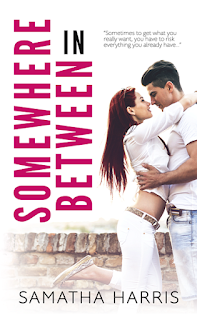 My Debut Novel SOMEWHERE IN BETWEEN tells the story of Alexandra McCabe and Drew Collins, unlikely friends who fall in love with each other at different times in their lives.

Alexandra McCabe​​ is disconnected from the world, grieving the loss of her parents...

Content with studying and keeping to herself, Alex has no interest in the campus playboy, Drew Collins, trying to get close to her. But even dousing him with beer doesn't deter the easy-going charmer, and against her better judgment, the pair fall into a reluctant friendship.

Drew is bored with college life, and Alex's romantic rejection intrigues him...

Their friendship is good for both of them, but Drew is used to getting what he wants, and he's tired of shallow sorority girls. He's much more interested in the feisty redhead, but despite his growing feeling, Alex keeps him firmly in the friend zone.

Whatever life throws their way, Alex and Drew remain best friends with their own traditions. Drew is Alex's family, her rock, and Alex keeps Drew grounded, always challenging him to better himself.

When years of buried feelings rush to the surface, they threaten to change everything...

Drew promised his mother he'd tell Alex how he feels, when the time is right-but how will he know when that is? Alex is terrified to reveal those 'three little words' certain Drew doesn't feel the same, and she'll lose the only family she has.

Should Alex and Drew open their hearts, and risk being crushed? Should they be satisfied with a deep, lifelong friendship? Or does the only chance for happiness lie...
Somewhere In Between?

8.     When is your book scheduled to be released?
SOMEWHERE IN BETWEEN will be released Nov. 10th. Pre order goes up Oct. 31st.

9.     What is at the top of your bucket list?
To become a best seller of course!

10.  Parting words for other authors?
Go for it! The worst thing you can hear is no. While yes it stings, it is true that it only takes one person to say yes to make a dream come true. Keep writing, and tell the story you want to tell. If you love your story and your characters then your readers will too.


Thanks for the interview, Samatha Harris! Good luck with everything! 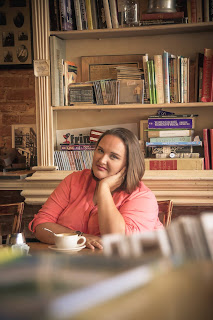