When your Social Life Consists of NETFLIX...

First there was TRUE DETECTIVE
(an HBO show we streamed through NETFLIX). 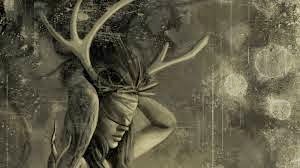 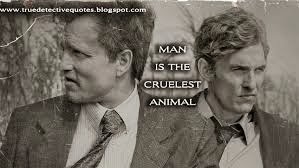 Trust me,
you've never seen Matthew McConaughey like this.
Or this.

You'll forget all about Woody Harrelson bar tending on CHEERS.
Although it was the role that made him famous,
perhaps he was just wasted there. 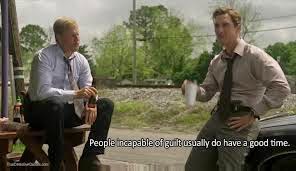 This show is so disturbing, powerful, and addictive that I couldn't stop thinking about it.
Every night, I couldn't wait to watch more.
Because of this show we stayed up a little too late,
regretting "that extra ten minutes" when the alarm clock went off in the morning.


And then it was over.
Despair.
Will we ever find anything else worth watching again?

Then along came THE KILLING. 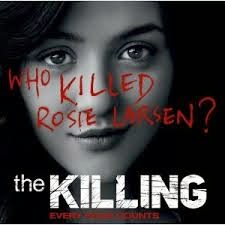 This NETFLIX miniseries is a slow-burner,
not a bang-you-over the head show-stopper like TRUE DETECTIVE.
It took FOREVER to learn "who killed Rosie Larsen",
but the ride was worth it, turn after twist after turn. 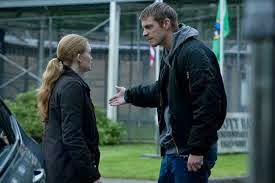 These two.
The arguing.
The understanding.
The way Holder pretended to be dumb, when he was being clever. 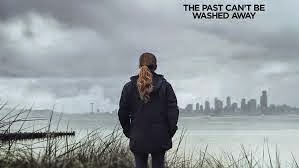 Linden was so damaged, yet so brilliant.
So mean, to others and to herself.
And yet you wanted her to win.

Holder brought out the best in her by exposing the worst,
and accepting her just as she was.
He could always make her laugh,
even when she was super-furious-pissed. 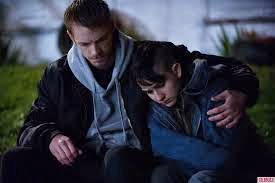 Holder and kids, especially this one.
Bullet, who could forget her?
So rough on the outside
and so delicate, so fragile inside. 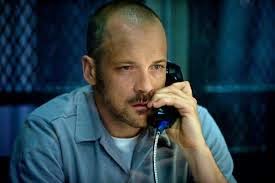 And this actor is freaking unbelievable.
Just. I can't even begin to say how amazing his performance was.
It took me forever to figure out where I saw him before.
And I'm not telling.
You figure it out for yourself.

And this moment.
So heartbreaking. 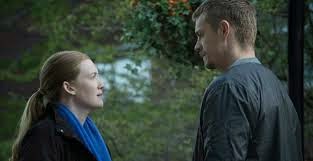 And the ending.
So perfect.


I'm not saying NETFLIX is the best social life a person can have.
But if you're stuck at home, these two miniseries are a good way to spend your time.

Try to get some sleep, however.
Don't be a zombie.